It is too hot? The staff of the House Museum of Eduardo Frei Montalva invites you to a refreshing summer event, with a new cycle of films awarded by the world critics. On Saturdays and Sunday, January at 4:00 p.m.

Eight European film directors give a vision of daily life, big and small stories, dreams and changes that revolve around world events. Falls of walls, reunions, exile and dance are united in this way in a new film cycle at the Eduardo Frei Montalva House Museum, organized in collaboration with the French Institute of Chile and the Goethe Institut, every Saturday and Sunday in January at 4:00 pm at Hindenburg Street #683, Providencia. 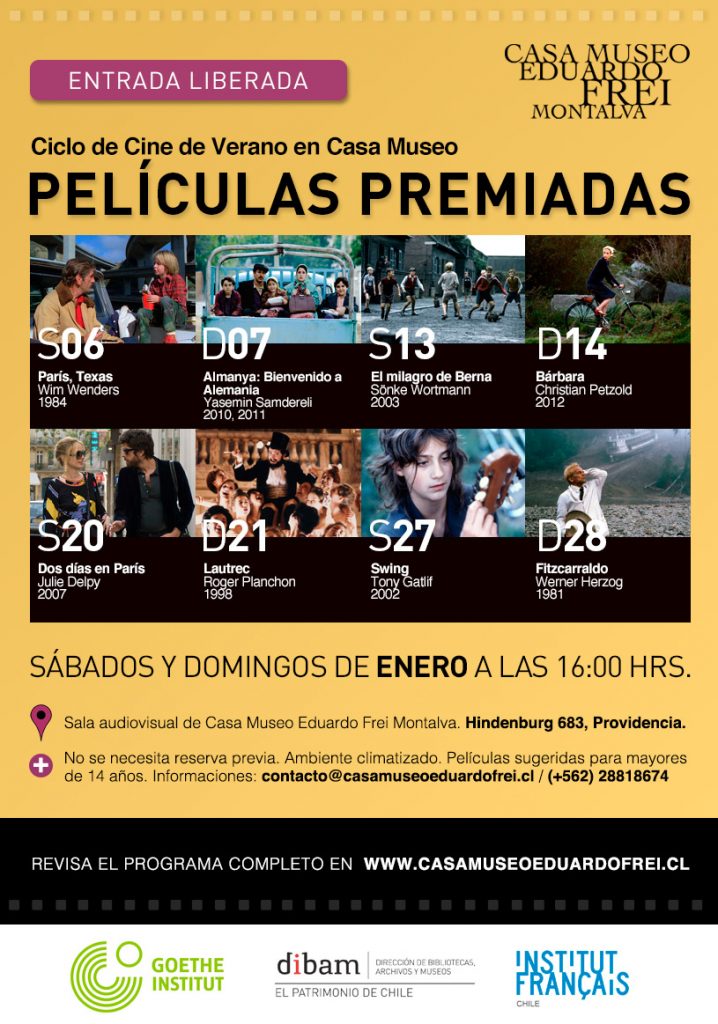 The films will be screened on Saturdays and Sundays in the month of January with free entry, at 4:00 p.m. The activity will take place in the audiovisual room of the Eduardo Frei Montalva House Museum (located at Hindenburg Street #683, Providencia), a space that has air conditioning.