The proposal is accepted and the following actions are initiated: a review of the life and work of Eduardo Frei Montalva, interviews with close collaborators such as Patricio Aylwin, Gabriel Valdes and Raul Troncoso; establishment of the inventory and documentation of the family collection; photographic record of the interior and exterior of the house and lifting of the original location of the furniture, objects; and hiring professionals to develop specific projects in different areas. 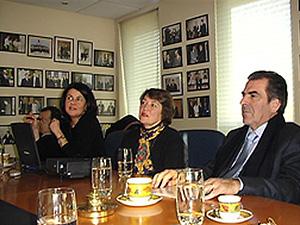 The house of former President Eduardo Frei Montalva is declared National Monument in the category of historical monument (S.D. No. 0586).

The resolution of the National Monuments Council is based on various recitals, highlighting  the good condition of the property, which is like the former president left it after his death in 1982, and remained virtually intact since then by the family Frei Ruiz –Tagle. In addition, the Council considered that the house is part of the collective memory of an important historical-political period, and it is representative of one of the prototypes of the urban residential architecture of the ’40s.