Students, teachers and the community of the Swiss School of Santiago can enjoy until August 27th, 2015 two travelling exhibitions created by EFM House Museum: “20th Century Timeline” and “Landscapes and Characters” with reproductions of the painting collection that belonged to Frei Montalva. 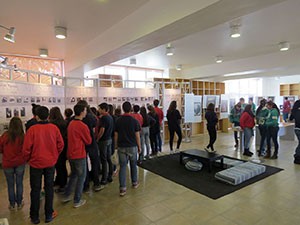 On Wednesday August 19th, in one of the libraries of the Swiss School, located at José Domingo Cañas 2206 borough of Ñuñoa, were inaugurated two travelling exhibitions of Eduardo Frei Montalva House Museum. In the opening ceremony, with the participation of Claudia Engeler, school principal, and Maite Gallego, deputy director of EFM House Museum, was highlighted the possibility of having a cultural space available  for the students.

A century that, among other things, was characterized by a series of migratory movements due to economic crisis, wars or the search for new horizons, as was the case Eduardo Frei Montalva’ father, Eduard Frey Schlinz. He was a Swiss Lutheran protestant who was born in the Austro-Hungarian Empire in 1885 and stayed in Chile forever after marrying Victoria Montalva with whom he had three children. 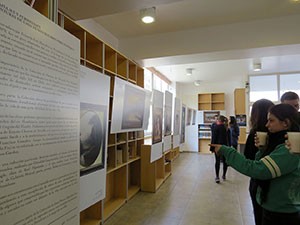 It is worth mentioning that all the original art is exhibited permanently in Eduardo Frei Montalva House Museum, residence where the ex-president lived with his family for more than 40 years. The house is located at Hindenburg 683, borough of Providencia, Santiago. Tuesday to Sunday from 10:00 am to 06:00 pm. 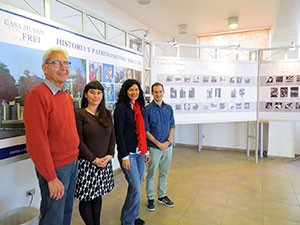 Claudia Engeler, at the opening exhibition, highlighted the fact that in this opportunity the museum goes beyond its walls to install a part of it in the library of the Swiss School: “It is a great step having part of the museum in the school, also, because there is a close relationship between Frei and Switzerland. That makes the entire process, as well as entertaining and different for the community, something complete”.

On the other hand, Maite Gallego invited the community of the Swiss School to visit the EFM House Museum and to use its educational resources and spaces as part of the school curriculum: “We are convinced that nowadays the museums and exhibitions are not only conservations sites of a collection, but also places that serve as an important support for the development of the culture of the country and the classroom, where we can experience the contents taught in history or art classes, among others, achieving a living and direct learning”, she said.