Object of the Month: Books as protagonists

In 1945, appears an important protagonist of culture and diffusion of the ideas of the period in the national media. We are talking about the Editorial del Pacífico, created by a young group; part of the Falange Nacional party led by Eduardo Frei Montalva. 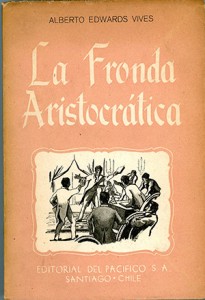 Eduardo Frei Montalva was a man of many talents and among his characteristics his hobby for reading and writing always stood out (1). He knew how to intertwine successfully, literary tendencies with his passion for politics, writing many texts where he explained his ideas and he was able to promote the Christian social doctrine, both in Chile and Latin America (2).

His concern to make the ideas that supported his political practice known was shared by his fellow party members and because of this, in 1945 he and some of his members proposed the creation of the Editorial del Pacífico. Eduardo Frei supported the initiative as the president of La Falange party, and also he became part of the board of the newly established society (3). It should be noted that this publishing house was not only an important project for Eduardo’s political career but it also occupies a place in history within the phenomenon of Chilean publishers.

In May 17,1946, almost a year after its creation, the publishing house opened a fancy bookshop in Ahumada Street, in the very heart of the city of Santiago, which quickly transformed in a cultural attraction involved in different areas of the artistic and intellectual work of the period (4). The Librería del Pacífico bookshop included an exhibition room where important painters showed their work, such as Alberto Valenzuela Llanos, Mario Carreño and Nemesio Antúnez, and also where many political debates were organized with important international guests (5); situations in which the personality and intellectual heft of Eduardo Frei Montalva found a perfect place to be distinguished.

Even though the publishing house was created to encourage Christian social ideals, the members of the committee showed a deep interest in promoting what they felt was the historical and literary identity of Chile. In fact, their first publication was La fronda Aristocrática from the historian Alberto Edwards (1874-1932), a work profoundly admired by Frei Montalva and mentioned constantly in his first documents.

It should be pointed out that Edwards’ work was reissued many times by the Editorial del Pacífico publishing house, which is important, considering that it provides a conservative interpretation of Chilean history, especially in the defense that Edwards does of Carlos Ibañez del Campo’s dictatorship, which Eduardo Frei and other members of La Falange Party were fiercely against. But the interest that the group had in culture and in the value of the spirit, order, sobriety and honesty that Edwards attributed to nineteenth-century politicians -especially to Diego Portales- were characteristics they appreciated and shared. 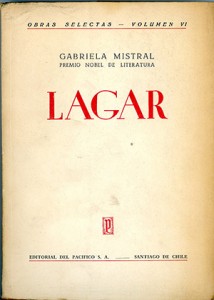 The Editorial del Pacífico publishing house was the diffusion space of Eduardo Frei. Under his leadership many books by Gabriela Mistral were published (from1889 to 1957) such as Lagar in 1954 (the only work of the poet published from the beginning in Chile) and Motivos de San Francisco, a selection of texts dedicated to Saint Francis of Assisi, written by Gabriela Mistral during her stay in Mexico, from 1922 to 1923, published eight years after her death.

Among all the publications, there are many works of the Christian philosopher Jacques Maritain (1882-1973). Contained by his thinking of politics and religion, he held that to rule it was not enough to act enlightened by the people, but with the people; that it was necessary to share their life, their hopes and profound feelings. His extensive work was inspiration for Christian democrats and young people from La Falange party.

There is no doubt that the book is a great protagonist of the cultural history of Chile in the 20th century. It is a message-carrier object and contraption with which ideas, debates and critical spirit are spread even today. The typography, colors, type of paper, every aspect involved in this object called book carries meaning and messages that the publishers invite to figure out. The diversity of topics and authors shows us the central importance of the book in the political and intellectual life of the period. That is why the creation of Editorial del Pacífico publishing house is a landmark within this story; the story books and reading in Chile.

1. Frei as a columnist (in spanish): https://www.casamuseoeduardofrei.cl/articulos-de-una-sola-linea/
2. An example of this is the book written by Frei called Política y Espíritu.
3. CRISTIÁN GAZMURI, Eduardo Frei Montalva y su época, Aguilar, Santiago, 2000, Tomo I, p.306.
4. During this period, Ahumada Street was a literary and artistic activities center. The Nascimento bookshop, another important publishing house, was located there too. For more information go to: http://www.memoriachilena.cl/602/w3-article-3363.html#cronologia
5. Gazmuri, Op.cit., p. 307.