On the occasion of the celebration of International Women’s Day, Wednesday 8th, during all the month of March, Casa Museo Eduardo Frei Montalva will open up its doors freely for the feminine public. 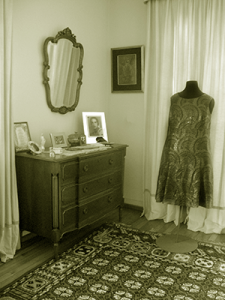 Even though a large section of the collection and zones at Casa Museo Eduardo Frei Montalva talk about life and work of the former governor, the house located on Hindenburg 683, Providencia district, was also the home of a seven children family – three men and four women. That is why during March, this cultural space invite women to toured the two floor house for free to experiencing the imprint left by María Ruiz- Tagle and her daughters Irene, Carmen, Isabel Margarita and Mónica. A register that allows to approach a big part of daily feminine life in the mid XX century Chile.

In addition to the guided tour by the house declared National Monument, the visitors will also remember an important part of the country history along with highlights and anecdotes such as Queen of England Isabel II in November of 1968, occasion in which she had dinner in the family dining room of the then President. This memory remains in a material manner, with the table placed in the same way in which was set the day of the meeting with the monarch. It was a non-conventional dinner according to the established protocol.

Furthermore, within the framework of Women’s Month, Casa Museo EFM prepared a small exhibition for its object of the month dedicated to María Ruiz- Tagle. A memory of whom was not just the first lady of Chile but a very dear person for the country.

It is worth also mentioning that Casa Museo Eduardo Frei Montalva holds a collection of more than 350 historical and cultural heritage objects that include a personal library with over 3500 books, a collection of Chilean and latin american paintings, Sixties clothing, European and Latin American awards, and also pieces of lunar rocks brought as a gift of the crew of the Apollo in 1970.