Eduardo Frei Montalva House Museum presents its first retrospective dedicated to legendary women film-makers of European cinema. Pioneers of the 20th century who leads the way to the feminine presence in film direction.

Every Sunday of April, we will exhibit a retrospective of memorable movies, in the film series entitled: “Pioneers: great women directors of the 20th century”. With free entrance, we seek to have a delicate look to the cinema directed by women, whose films, produced in an era of limited possibilities for female gender in the seventh art, paved the way for the new generations. 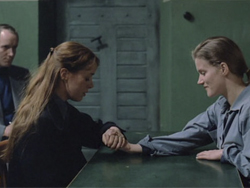 The film series begins on April 8th with Marianne and Juliane (Die bleierne Zeit, 1981) by the renowned German director Margarethe Von Trotta, the movie is set in the troubled German Federal Republic of the late 60s. Two rebellious daughters of a priest, fight for women’s civil rights from different sides: Juliane is a journalist while Marianne is in a terrorist group. When Marianne is imprisoned, Juliane decides to help her despite their differences on how to live and resist the system. 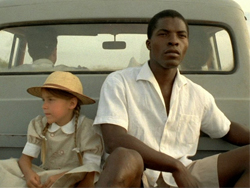 We continue on Sunday April 15th with Chocolate (Chocolat, 1988), by the French filmmaker Claire Denis, movie based on her own life story. She developed a story of a French woman who rescues the memory of her childhood in the last years of the colonial Cameroon. Without any other reference point, the innocent girl accepted the submission of a black majority, servitude of her family, by the minority of white settlers as a “natural order” of things. As an adult, she learns about the social inequality and the racism, but only through her memory she can reflect about the cruelties of the colonial system. 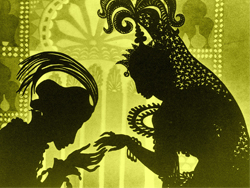 Sunday April 22nd, is the turn of the documentary Lotte Reiniger, Dance of the Shadows, (Lotte Reiniger, Tanz der schatten, 2013) directed by the Germanic filmmakers, Susanne Marschall, Rada Bieberstein and Kurt Schneider. This documentary is the only film in the series that is not produced by a pioneering director; instead, it is about the life and work of a pioneer. Unlike what is usually stated in public, the first animated feature film in the history of cinema wasn’t created by Walt Disney, but by the German artist Lotte Reiniger. In 1926, the virtuous director made the Adventures of Prince Achmed, an impressive, magic and well- known work that brought to the big screen, inventing her own cinematographic language – the silhouette animation, emulating Chinese shadow theater, during the first golden age of film. 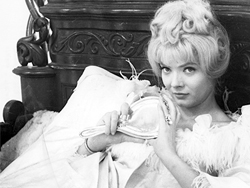 The movie series closes on Sunday April 29th with a grand finale, the iconic film Cleo from 5 to 7 (Cléo de 5 à 7, 1962) by Agnès Varda, a French director, winner of an honorary Oscar in 2017. Written and directed by this living legend of feminist filmmaking, the so-called “grandmother of Nouvelle Vage” (New Wave) tells the two hours of Cléo Victoire’ s longest day, an emergent Parisian singer. Hypochondriac, she is about to know the results of a medical test that will possibly confirm a diagnosis of cancer, and while she is waiting, the idea affects all the bittersweet encounters of her day.

All the films will be exhibited at Eduardo Frei Montalva House Museum’s multimedia room (Hindenburg 683, Providencia) with free admission and air-conditioned room. This movie series is part of the extension activities organized by EFM House Museum, and the support of the Instituto Chileno-Francés and Goethe Institute.