The House Museum of Eduardo Frei Montalva presents the fifth version of his film series focused on the Cold War. Sundays 1, 8, 15, 22 and 29 in the month of October at 16:00 hours, located at Hindenburg Street #683, Providencia. Free entrance. 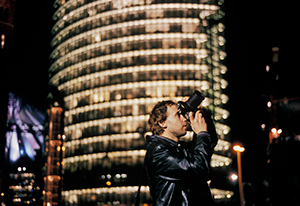 Stories of spies, remote and inaccessible places, conspiracies and suspicions, will meet again at the House Museum of Eduardo Frei Montalva, as part of our film cycle focused on the conflict that faced for decades two different powers: the United States of America and the former Soviet Union. The fifth Cinema and Cold War Cycle has free entry, and through five films of different directors, seeks to show some of the tension that was experienced in the world environment during the second half of the twentieth century.

Thus, the cycle begins on Sunday October 1 with “The Good Shepherd” (2006) directed by Robert De Niro. The film was awarded with the Silver Bear of the Berlin Festival of 2007, for his artistic and outstanding contribution. The film focuses on the biography of James Wilson, from 1930 to 1960, one of the founders of the CIA. A character presumably based on a legendary American intelligence chief, James Jesus Angleton.

On Sunday October 8, an intimate look at the conflict between the East and the West during the Cold War in Europe comes with “Distant Lights” (Lichter, 2003). The film, by Hans-Christian Schmid, tells the story of two cities located on the River Oder, which separates Frankfurt in Germany and Slubice in Poland. Legal and illegal business, love stories and ethical doubts in a choral story that won the FIPRESCI International Critics Prize at the 2003 Berlin Festival.

Sunday, October 15, is Steven Spielberg’s “Bridge of Spies” turn (2015). Starring Tom Hanks, as James Donovan, a lawyer from Brooklyn (New York) who is unexpectedly involved in the Cold War between his country and the Soviet Union, when he must travel to Berlin to negotiate an exchange of prisoners and get the release of a North American pilot. It should be noted that Mark Rylance won the Oscar for Best Supporting Actor for his role as Rudolf Abel, intelligence agent of the Soviet Union. 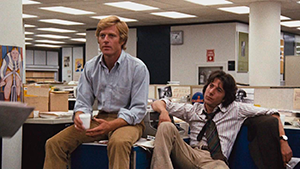 The following Sunday, October 22, a classic by the director Alan J. Pakula: “All the President’s Men” (1976) arrive at the House Museum of EFM. The film, winner of 4 Academy Awards for Best Supporting Actor(Jason Robards), best adapted screenplay, best artistic direction and best sound, is centered on the real feat of two young journalists from The Washington Post, Bob Woodward (Robert Redford), and Carl Bernstein (Dustin Hoffman), who starting from the investigation of what appeared to be the simple break-in on the Democratic Party headquarters in Washington, trigger the so-called ‘Watergate affair’, which led to the resignation of President Richard Nixon in the United States.

The cycle ends on Sunday, October 29 with “Good Night and Good Luck” (2005). George Clooney’s award-winning film is set in 1953 and chronicles the real confrontation between the famous CBS journalist and anchor Edward R. Murrow (David Strathairn) and his producer Fred Friendly (George Clooney) against the powerful anti-communist senator Joseph McCarthy. A fact that determined the end of the so-called “witch hunt”.

All films will be exhibited at the audiovisual room of the House Museum of Eduardo Frei Montalva (located at Hindenburg Street #683, Providencia). The entrance will be for free, whit heated room. It should be noted that this film series is part of the extension activities organized by the House Museum of EFM, and has the support of the Chilean American Institute and the Goethe Institute. 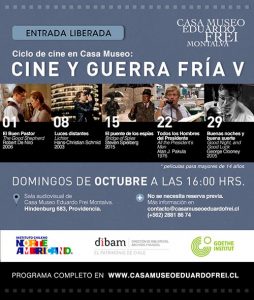