Great movies of French and German cinema, with different perspectives about World War II, are part of a new cinema season organized by Casa Museo EFM in collaboration with the French Institute of Chile and the Goethe Institute. 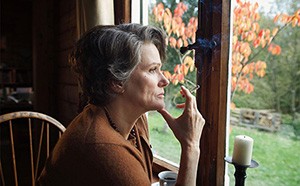 Marc Rothemund, Margarethe von Trotta, Rachid Bouchared and Louis Malle are the directors that in this opportunity will participate in the different sessions, they will take place in the Audiovisual Room at Casa Museo on Sundays, April 3, 10, 17, 24 at Hindenburg 683, Providencia.

The free activity starts on Sunday, April 3 with the film Sophie Scholl: Los Últimos Días (2005) by Marc Rothemund. This drama, based on a true story, is about a group of college students that try to put up peaceful resistance against the Nazi movement. The only woman of the group, Sophie Scholl, is arrested while she was handing out flyers with her brother at University of Münich.

The season continues on Sunday, April 10 with the biographical movie Hannah Arendt (2012), directed by Margarethe von Trotta. The film is based on the German-Jewish philosopher and theorist Hannah Arendt. It is about Arendt’s response to the trial of ex-Nazi Adolf Eichmann, which she covered for The New Yorker in 1961.

Then, on Sunday, April 17, the film by Rachid Bouchared, Días de Gloria (2006) will be shown. In 1943, four Argelian Muslims fight in the French Army.  Saïd, Abdelkader, Messaoud and Yassir will have to face not only the enemy troops but also prejudices and racisms from their partner troops.

The season will finish on Sunday, April 24 with the great classic by Luis Malle, Adiós a los Niños (1987). In a Catholic boarding school for boys, during the German  occupation in France, Julian, a 13-year-old boy, meets Bonnet, a Jewish classmate, who was enrolled in the school to keep him safe.

Cinema Season World War II is part of the activities organized by Casa Museo EFM and is supported by the French Institute of Chile and the Goethe Institute.